The Trials and Triumphs of Interdisciplinarity Open Thread: Should You Blog Your Dissertation Research? 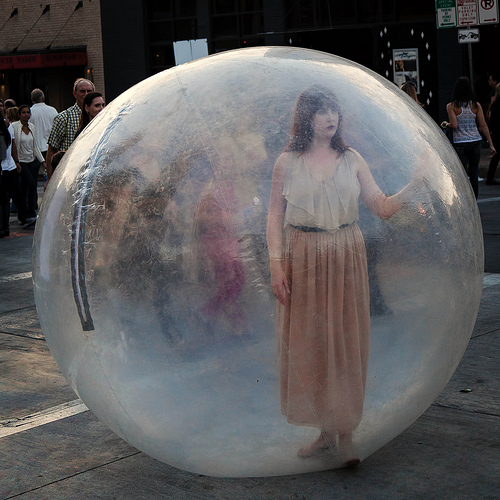 Our featured guest post this week has been written by a PhD student in the humanities.

My graduate school recently invited an alumna with an MA in professional counseling to talk to us about careers outside academia. She talked about different reasons for switching fields and the ways we could translate our studies into marketable skills. Above all, she stressed, we needed to network. She herself had learned to enjoy networking despite once being a “socially retarded introvert.” I know I’ve got that phrase correct, because she said it twice.

And that reminded me why leaving graduate school is so bittersweet. If you want to play the statistics game, I’m one of the failures. I will be graduating in a few months with a PhD in the humanities, pending completion of a dissertation that will be read by perhaps five people. I don’t much like discussing my work with my relatives, and I don’t have close nonacademic friends, so that part isn’t a problem.

I regret some things, but pursuing a doctorate was not one of them.

When I was a child, I was diagnosed with Pervasive Developmental Disorder, Not Otherwise Specified. A different specialist later revised that to Asperger Syndrome. Neither of those categories is on the books anymore, although the latter affords a certain legibility in our culture that the alternatives (autism spectrum disorder, sensory processing disorder, nonverbal learning disorder) don’t. I’m not interested in either reclaiming labels or dismantling them, or in being representative of a clinical population. I have very few formal accommodation needs. Nonetheless, some of the distinctive features of the disorder overshadowed my life and, eventually, my scholarly obsessions. I’ve always been good with language, but not at communication. My facial expressions or my timing is off. I’ve heard it said that I talk like a book, not a person. Or I speak in an affected manner, changing voices several times in one sentence. And somehow, when I was in the halls of my department, it wasn’t such a big deal. I would go several days without remembering there was something wrong with me. More than that, I did things that would have been unimaginable a few years earlier, like hold one-on-one meetings with students, or invite someone for lunch.

This isn’t a naive celebration of inclusiveness. It may be that the oddities we associate with certain cognitive differences are an easier fit with the expectations of academia than, say, mannerisms that point to a working-class or poor background. (Hans Asperger referred to his child subjects as “little professors.”) The life scholars are expected to lead is one untethered from family and physical needs. Some of the isolation I’ve grown up with looks a great deal like privilege: I am a white woman with no dependent relatives. How can the pleasant shock of my “fitting” be considered alongside others’ struggle to do the same, without placing blame or imposing a blanket solution?

Access is a funny thing. I tend to think about this in relation to the street I live on, which has no sidewalk. If, like me, you rely on the bus, you have to trample over the fallen branches and squeeze through jagged footpaths a foot wide, cars whizzing by, to the bus stop. From a mobility standpoint, it’s appalling. Yet it suits the needs I don’t like to admit to having. Living on a street with no pedestrians means I’m never driven to near-panic by the clacking of high heels against concrete. I don’t have to make eye contact when I’m too tired and overwhelmed to do so.

There are the relationships we build at school and work, which are organized primarily around the rituals of the institution—coffee breaks between classes, celebrating when someone passes their qualifying exams, banding together against bullies in the administration. And then there are the friendships and loves that grow organically. It’s that kind of “natural” relationship that, for many people, diagnosis or no, will never come naturally. But within the university, where our roles are fairly defined, I’ve experienced profound intellectual and personal connections on a level I never thought possible. And I do get pleasure from theory that reminds us of the institutional and commercial buttresses behind those “natural” relationships. It’s also refreshing to remember that for most of the greatest social thinkers in Euro-Western history, the phrase “social skills”—not to mention “socially retarded”—would have been meaningless.

I don’t want to create an image of the university as an Island of Misfit Toys. That already exists, anyway, although it’s usually directed at the hard sciences. I hope, simply enough, for a more pluralistic discussion of why we do what we do.