When Rejection is a Good Thing 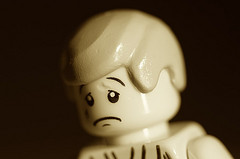 The best thing that ever happened to me was the day the graduate program of my dreams, the one I thought for sure I had the best shot at, the one that represented all of my aspirations, THE PROGRAM, rejected me for admission.

I applied to doctoral programs hoping to matriculate in Fall 2010. But, in my heart, I knew THE PROGRAM was the one for me. I had revised and revised my application materials. I knew my GRE scores were competitive. I even had friends who were current students in THE PROGRAM look over my materials to suggest changes that would make me even more attractive to the admissions committee. I had recently scored a publication and I even had a letter of recommendation from the Associate Dean of the college. Nothing could stop me, until it did. I was devastated when the word came down that it was not my year for acceptance into THE PROGRAM. It was suggested that I re-apply the following year.

After tears were shed (and, let’s be frank, a healthy run of R-rated language), I picked myself up and thought about what I would do. It turned out I would get accepted to another program, one not even in the original field I thought I wanted. People who knew me and knew my work had suggested it and I applied almost on a whim. Choosing that program was, by far, the best decision I have ever made. I can not believe my luck that I stumbled into a program that turned out to be a most perfect fit.

I know now that THE PROGRAM would have been a terrible fit. I love my research, but it isn’t what I thought I would be doing when I first considered graduate programs. As an educator, I had all these questions about pedagogy and literacy. Who knew that I, an English teacher who loves to write, would fall head over heels in love with statistics and quantitative research methods? I didn’t know I had that in me. And I’m in a program perfectly poised to support that love. This is just one example of the many ways my current program is a much better fit for me: a fact that was hard to know as an applicant trying to suss out the nuanced differences in programs.

In the end, I saw that my only choice was to reject the rejection. I was still good enough and smart enough to go to school. There was a right place for me. The rejection from THE PROGRAM made me re-evaluate my purposes and career goals for attending school, and this reflection made more confident in my choice and my abilities. It was a bitter pill, but I am so glad I had to swallow it. Graduate school is about growing as an academic, and growth can be painful. Handling rejection is a lesson we all learn at some point.

Sometimes, the best answer I’ve heard is “no” because it opened my eyes to possibilities I might not otherwise consider. And I  fully admit that it is much easier telling this story two years after it happened: it did not feel good at the time, not one bit. I share this story now hoping that it will help others overcome the sting of rejection and persevere until they find their best fit, too. Rejection really can be a good thing. And to the admission committee at THE PROGRAM? It’s really time I said, “Thank You.”

How have you handled rejection in the application process? We’d love to hear from you in the comments!