Some Best Practices for Live-Tweeting 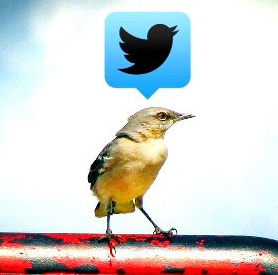 Last year there was a debate related to my field about whether it was inappropriate to live-tweet a funeral. I came to the debate from a slightly different perspective because I use social media to discuss death every single day- in fact most things I tweet about are death-related, but that’s because I’m a mortuary archaeologist and the way we deal with death is what intrigues me. In the end, from discussion and debate, I think the concession was that there were times when it was appropriate and even a fitting memorial for live-tweeting of funerals when the deceased individuals were highly involved in social media or long since gone as in the case of live-tweeting Abraham Lincoln’s funeral tour as if it were a modern event. What it got me thinking about though was the way that live-tweeting is used, how I use it, and the appropriate ways to do it.

Live-tweeting changes the game in academia, so to speak. There is debate about what we should be live-tweeting as academics at conferences and professional events. The Guardian published an article last October discussing the problem of live-tweeting conferences. As summarized by  Steve Kolowich, “Scholars often present unpublished work at conferences. But while they may be willing to expose an unpolished set of ideas to a group of peers, academics may be less eager to have those peers turn around and broadcast those ideas to the world”. They proposed ten basic rules including asking prior to live-tweeting or taking photos, clear attribution, and linking to the originals. For a great discussion of this check out SLPChat’s live chat and blog post on the topic.

I often live-tweet the conferences and events I attend. For example I was very involved with the twitter discussion while attending the Linked Ancient World Data Institute (#lawdi). This live-tweeting led to great discussions with people who weren’t able to attend and allowed for continued engagement between the participants. However, there were times people asked that information not be shared or that links not be posted- and this information was respected. If there was debate over a topic it took place in person and not online. Overall, live-tweeting was a major boon to the event.

As scholars who may potentially face situations where we want to live-tweet or will be live-tweeted, we need to consider some best practices for this behavior. Using the above articles and advice I’ve received from other academics, here is a potential start for live-tweeting best practices.

If you are live tweeting…

1. Attribution: make sure people know the main speaker or what the tweeting is about. For conferences, you often see the tweet prefaced by the speaker’s last name. Use the conference hashtag or include the event’s twitter handle so that people know where you are receiving your information. Try to link back to original works of the individual or the associated websites.

2. Don’t share too much: it’s hard to reveal too much in 140 characters, but you still need to be careful. The goal of live-tweeting is to share and engage, not give every single detail. You don’t want to jeopardize someone else’s research or your own.

3. Be a good colleague: as always, be positive and supportive of your peers. If there is something you want to critique, do it in a constructive not destructive manner. Approach peers in person if you want to have a more extended discussion. Also, respect the wishes of the individual if they ask that you don’t share information online.

If you may be live-tweeted…

1. Include your attribution: to make it easier for others to properly cite you, try to include your twitter handle or hashtag at the beginning of your presentation. This way people will know exactly how to cite you online. Before you present, you can announce yourself through the hashtag and include your own links to work that others can retweet or include in their live-tweeting.

3. Engage afterwards with the conversation: Following your talk or presentation, engage with people who commented on your work both in person and online. The benefits of live-tweeting extend to everyone, and you should take advantage of it. Also, thank anyone who was live-tweeting you and sharing your work!

What do you think are some ‘best practices’ we should be following when live-tweeting? Let us know in the comments by clicking here.