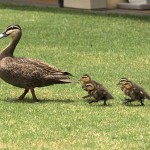 Who and What to Follow in the Scholarly Digital World

Ashley Sanders is a doctoral candidate in the department of history at Michigan State University. You can follow her on twitter at @throughthe_veil or on her blog, Colonialism Through the Veil.

If you’re new to the scholarly digital environment, including the digital humanities or if you’re just […] 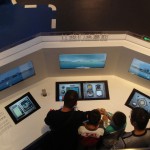 So what does that mean? What digital skills, technologies, and tools should we develop while in graduate school? And how do we do that?  I’ve put together a few suggestions and hope readers from a variety of disciplines will offer additional ideas in the comments section below.

Pinterest is the latest social media network to hit the interwebs, and has done so with a flurry. The tool itself is simple: when you find something you think is interesting, you “pin” it to a topical Pinterest board that you have created. This reveals a collection of “pins” about different topics or themes. […]

Google+, Google’s newest stab at the social networking world, launched a few weeks ago as an invite-only beta on June 28, 2011. I was invited in on June 29th, which marks a milestone for me in that I don’t think I’ve been in a network so early in its infancy. With […]

Continue Reading →
“Error 403: Your IP is being rate limited by Twitter.” — @gradhacker