Taking Time to Turn Off Learning Capoeira, or The Therapeutic Benefits of Being Terrible at Something

On Not Knowing: Why I Avoided the Academic Jobs Wiki 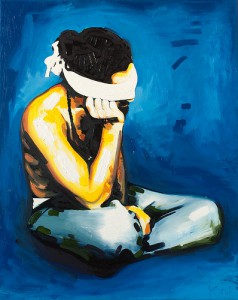 This year, I made a fortunately successful run on the academic job market, and I’m looking forward to beginning my tenure-track position in August.

Until now, I’ve resisted posting on those experiences. I have, however, commented on the job search more broadly. For instance, I’ve discussed the need for doctoral students to simultaneously prepare for the academic- and non-academic job markets. It seems odd to me, then, that I haven’t offered some hacky, this-is-how-you-do-it tidbits for writing the academic cover letter, preparing a writing sample, practicing for interviews, and acing the campus visit.

I’ve been silent mostly because numerous folks out there in the blogosphere already have commented insightfully and helpfully on such topics. But after reflecting on the previous academic year, I believe I have something important-and perhaps new-to share on surviving the Hunger-Games-like spectacle that is the academic job market.

During your run on the market, I strongly advise against viewing the Academic Jobs Wiki or exposing yourself to any other forms of unofficial news about decisions departments have made at different stages of the search. I’m sure this invective is bound to ruffle some feathers. For the record, I’m not against decentralized, anonymous crowd-sourcing as a path towards agency and knowledge. Being on the job market is a rather powerless feeling, but the Academic Jobs Wiki isn’t a perfect antidote to the insecurity, anxiety, and hopelessness that candidates often feel. In fact, the wiki can, I believe, exacerbate those feelings. In other words, to stay mentally healthy for the increasingly lengthy season, you’ve got to put your blindfold on, folks. Wind it tight, and don’t take it off until the ride is over.

What the Academic Jobs Wiki is:

Dr. Scott Selisker nicely summarizes the basic function of the wiki in the first post of his two-part series on ProfHacker. He explains that the Academic Jobs Wiki

is an information-sharing platform for academic job candidates, and, like Wikipedia or open course wikis (see Profhacker posts: here and here), it can be edited by anybody. Participation varies by discipline—the wiki seems to be catching on in only a few of the hard sciences—but in most fields, job candidates can check the wiki for fairly reliable updates on job searches, and update the site in turn with their own news as they hear it.

The wiki, in other words, primarily works not so much to advertise available positions, including fellowships, but rather, to informally notify applicants about their status. Has the Underwater Basket Weaving Department at Private Midwestern College sent materials requests to their applicant pool? You can check at the Academic Jobs Wiki: those who have received such notification can anonymously share this information on the site.

Anonymity is a loose term, however, and Dr. Selisker notes on his ProfHacker post that “unregistered users of the site are identified by an IP address.” Armed with that information, any interested wiki browser can use an “IP-to-Location website” to determine the city and state from which the comment originated. Registered users get the added protection of having their IP addresses masked. Nevertheless, it seems to me that if an applicant posts to the wiki during the latter stages of a search (say, after an MLA interview), he risks revealing his identity to the search committee regardless of his user-status on the site.

Committees themselves also can post about the progress of the search, and a  job-seeker alerted to me to this example in which wiki-users praised the committee person for his/her postings. The use of the wiki by search committees, though, seems to be more the exception than the rule. (As a side note, I’m a little wary of the Academic Jobs Wiki becoming the de-facto method for notifying candidates about important information, such the cancellation or conclusion of a search.)

Why you should abstain from the Academic Jobs Wiki while on the market:

When I was on the market this year, I absolutely did not want to know that I was being rejected from searches until all was said and done and I got the official word from the search committee in  my mailbox or email inbox. Preparing cover letters and other application materials for first-round reviews is daunting and time-consuming enough. Why add to my mounting anxiety by learning while the whole process was still unfolding that I had been eliminated from certain department’s search pools? How could all of that second-hand, largely anonymously-posted news boost my self-esteem?

Although I believe that the Academic Jobs Wiki has many positive, productive uses, I avoided the site during the early stages of my academic job search (that is, while I was waiting for interview invitations) in order to preserve my mental health for a process that I knew (and had been told) would be a marathon, not a sprint.  Ultimately, I think that the wiki reinforces, albeit obliquely, the old adage “no news is good news.” Unless, of course, it’s good news.

Did you (or will you) avoid the Academic Jobs Wiki? How did you maintain a positive outlook while on the academic job market?

3 Responses to On Not Knowing: Why I Avoided the Academic Jobs Wiki