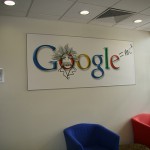 One of the most common advices on giving any sort of a presentation – from job talk to conference paper to course lectures – is to practice them before an audience. An audience forces you to pace your presentation in a way that is more realistic than one might do when just lecturing to an empty room. They will stop you when something you said is unclear. They will provide a constant gauge of how well you’re doing through their facial expressions (are they bored? Are they lost?). And, of course, they will provide you with feedback on how well you structured and delivered your presentation. Practicing a presentation before a live audience is like having your text edited: you can perform without it, but never nearly as well.

But getting an audience for your lectures isn’t always a simple task, and it gets more difficult the longer the presentation needs to be. When I had to practice an hour-and-a-half lecture when I’m half the world away from my campus, I had to come up with a decent alternative. My spouse, unfortunately, was not game. So that left me with the hivemind of the twitterati.

The solution was quickly arrived at: Google+’s Hangouts. Andrea Zellner has also written about Google+ benefits here and here. Google’s new social network provides an excellent tool for small gatherings. While originally intended for “random encounters”, it really works better as a free video conference-calling application. I invited some friends and announced on G+ and Twitter that I will be holding a mock lecture later that day. Four people answered the call (and another one, though she had to give up due to technical difficulties).

One of the benefits of using the Hangouts is that you get to watch the faces of your audience closely for cues while you deliver the presentation – and they don’t even know when you’re looking straight at them, so there’s none of the fake attentiveness you get when you try that in an actual room.

If you have any visual aids for your presentation, you will probably want to try Hangouts with Extras (just open a regular hangout, and then choose the “extras” link in the preview pane). Extras lets you either share a Google Doc (including presentations – you can also upload PowerPoint or similar formats and Google Docs will convert them for you, though not without flaws), or you can share windows directly from your screen. The only drawback to this is that the audience can either see the screen you’re sharing or you. I found that this tempts me to “cheat” and consult my papers far more than I would in front of a real audience that I must keep eye-contact with.

Nonetheless, as an (imperfect) alternative to an actual live audience, Hangouts is a very useful tool to one of the more critical steps in preparing for a presentation, which is quite notoriously difficult to carry out under normal circumstances.

Dubi Kanengisser is a PhD Candidate in Political Science at the University of Toronto, in Canada. He is currently doing field work in Israel for his dissertation on the influence of ideational shifts on the development of political institutions, with a focus on ideas of democracy, national identity and security. His (rarely updated) English blog can be found at http://dubikan.com/pogg, and his Hebrew blog at http://dubikan.com. Dubi is also a Mendeley Advisor, and is active in Twitter, Google+,Academia.edu and LinkedIn.

One Response to Mock Job Talks via Google +