Learning to Debate and Communicate from Reality TV 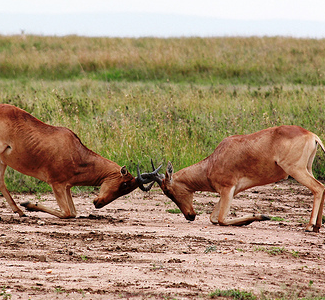 I was at a retreat this past weekend for MSU’s Council of Graduate Students Executive Board. We were newly elected or re-elected, and this was our first opportunity as the new E-Board to discuss expectations, how to work together well, and plans for the year. One of the topics that came up was how to resolve issues with one another. When you’re working with all Type A leaders, it can be a little tricky and people will want to express their opinions. Debate is going to occur. The trick is making this open, honest, and productive debate rather than having it turn into a petty argument.

This is where we can take some advice from Kim Kardashian, well… kind of. A new article Melanie Tannenbaum discusses how you can make your marriage last longer than Kim Kardashian. The article examined a study done by John Gottman on divorce and marriage, examining four specific toxic behaviors that can cause a relationship to fail. These include contempt, criticism, stonewalling, and defensiveness. Tannenbaum uses these four behaviors to examine the divorce of Kim and Kris, showing how they display all of these toxic behaviors throughout the reality TV show. While they are meant for marriage, they apply well to any relationship and can help us learn how to engage in good debates rather than arguments.

1. Contempt: This isn’t just anger. As Tannenbaum states, “Contempt in particular is a potent mix of anger and disgust. Expressing contempt involves speaking to your husband like he is “beneath” you, or mocking your wife in a cold, sarcastic way”. When we speak with others, we need to avoid this type of behavior and speak to them on the same level. Contempt arises when we gossip and put down others, a behavior that is sadly not restricted to teenagers. Being a good colleague means not judging. In every reality show that has a confessional booth this behavior occurs. Instead of just voicing frustration, contestants on shows like America’s Next Top Model or Project Runway put each other down and judge the behavior.

2. Criticism: We know that criticism can be positive, and being able to gracefully accept criticism is a good virtue to learn in grad school. However, there is constructive criticism and then there is destructive criticism. This bad type is meant to harm the person, not to aid in the correction of behavior. When you’re in a disagreement, if you want to criticize do it in a positive manner. For some bad criticism examples just watch any of the “Housewives” programs on Bravo. These women are constantly criticizing but never in a positive way, rather in a way that points out defects.

3. Stonewalling: If you are engaged in conflict, you need to be actively involved. Stonewalling is what occurs when someone “tunes out” of the argument. Playing with your phone, not making eye contact, or not giving your full attention to the other person are all types of stonewalling. When in conflict you need to be open to productive conversation. On the “Breakwater” episode of “Bar Rescue” the host John Taffer is attempting to fix a beach bar and the manager won’t get off his cell phone and actually engage. A clear example of this behavior.

4. Defensiveness: Tannenbaum says that this is “its not me, its you” types of behavior. There are not just victims and aggressors, usually a problem is caused by both parties involved. When one is defensive one is trying to ‘win’ the fight. Try to imagine things from the other person’s perspective and see how you may also be to blame for the situation you are in. Just watch any “Kitchen Nightmares” episode for a good example of this, watch the way that the restaurant owners won’t accept criticism and become defensive, attacking Ramsay back.

Arguments and debates will happen, it is our job to make sure they are productive and not destructive.

Do you have any suggestions for debating and communicating? Let us know in the comments by clicking here.