How to Cope When Work Follows You Home Teaching with GoogleDocs 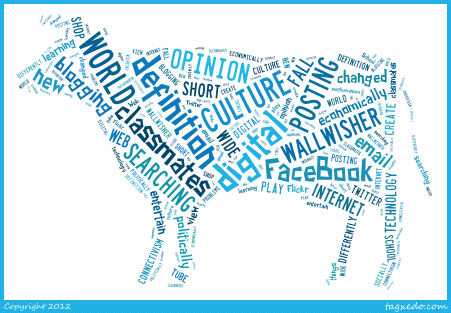 Image by Flickr user willaryerson and used under the Creative Commons license.

It is undeniable that we are currently living in the time of the MOOC (Massively Open Online Course, just in case you were catching up on Downton Abbey and missed it). Every day new headlines pop up at Inside Higher Ed and The New York Times discussing the impact of MOOCs, who’s joined forces with Coursera or Udacity or edX or some combination of the three, what Higher Ed thinks about MOOCs, what Silicon Valley thinks of MOOCs, who’s doing well with MOOCs, and who isn’t doing so well at MOOCs. As a graduate student, I am approaching the MOOCsplosion from both the student and instructor angle. First, I figured I’d better take one or two or four to see what the fuss is all about.  And second, it stands to reason that if I someday work in Higher Ed, I’d better have some conceptual frame to think about what it might take to teach or support a MOOC, as well as an informed opinion about what to make of it all.

First, the fun part: finding a cool MOOC to join. I like to approach these things with an open mind. After all, the buzz is all about this innovative approach to teaching and huge disruptions MOOCs are causing to the dominant model of higher education. Who doesn’t want to try that? It’s a compelling argument. Not to mention that some of these courses are taught by some impressive instructors at very prestigious institutions.

Choosing a MOOC.  First consider your purposes for the MOOC. If you have something you’d like to learn, that’s a great reason to take a course. Another popular option that academics are choosing is to take a MOOC in their own subject areas in order to get a perspective on how the instructor has gone about structuring the experience. You also might consider which of the platforms you might like to check out, especially if your own campus has partnered with one of them (or check out the competition).  I’ve mostly gone the route of choosing MOOCs that are personally useful. For example, my next course focuses on Social Network Analysis, a topic with which I’m pretty comfortable, but this course also includes programming work in R and NetLogo, both of which I’m currently learning anyway. I figured the MOOC would give me a more structured learning environment than me just playing around (because me playing around in NetLogo inevitably devolves into using it to play Minesweep or PacMan. Why does the NetLogo library have these?? Why??? I can’t control myself.).

Planning for the work. My ‘sampling’ of MOOC offerings has thus far resulted in my wandering off and/or forgetting that I’ve signed up for the course entirely. Since I have identified the next MOOC I’m doing as presenting readily applicably skills I need, I’m hoping having a goal will boost my motivation.  I am taking very seriously the idea that I will need to find 5-8 hours a week to do the work.  Recognize that MOOCs are a course and they take time: some of them a lot of time. If you are just checking out the platform, that’s great-you won’t need to budget as much. But if you are serious about finishing, you’ll need to plan just as you would for any other course you’ve taken over the course of your academic career.

Not dropping out. The attrition rate of MOOCs is astounding. Some estimates go as high as 95% of students who begin a MOOC will not finish. Sometimes even the instructors drop out. Anecdotal evidence (and supported by educational and psychological theory) indicates that you will more likely to persist if you have a synchronous and/or face-to-face study group made up of your fellow classmates. I am attempting this strategy for the first time myself (after barely making it past the first lessons in all the other MOOCs I’ve signed up for…). I’ve invited acquaintances who’ve ever showed even a fleeting interest in the topic to register and join my study group. I am proud to say we have a solid group of four who’ve agreed to meet on Wednesdays for the duration of the course. I will keep you updated on how it works, but I am really optimistic and excited to begin.

Second, with the first-hand experience you’ve gained, now it’s time to put on your critical hat. And there are a lot of people wearing them. For all the promise of MOOCs, there are just as many detractors. It’s important to read not only the journalism, but the backchannel and blogs to get a full picture of what people are saying. I’ve rounded up some links to get you started, and I’m sure we all have an opinion.

Have you participated in a MOOC as an instructor or as a student? What’s your take on this phenomenon? We’d love to hear from you in the comments.

2 Responses to GradHacking the MOOC