Squeeze it Like a Lemon; Soak it Up Like a Sponge. Your ‘Senior Year’ in Grad School Dissertation Prospectus Defenses as a Scholarly Conversation 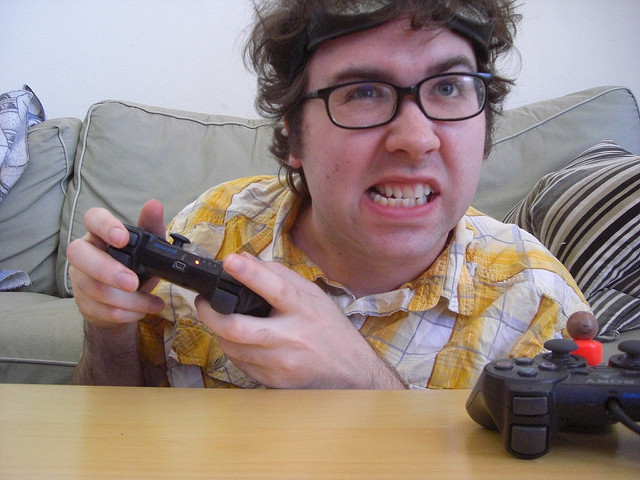 Grad school is tough… but then again so was Fallout 3 and I managed to plow through that sucker in a couple weeks during my free time. I love what I’m studying right now: digital archaeology, Rome, human remains… no sarcasm intended, this is pretty awesome. So why is it that I’m great at spending the entire weekend solving the puzzles in Batman: Arkham Asylum, but have trouble doing the same when it comes to my own research?

To be blunt, its because playing video games is perpetually fun and reading about structuralism applied to mortuary structures is not. It’s not about the content. I really don’t like fantasy video games, and yet I was sucked into Fable 3 for an extended period of time. I love reading about skeletal remains, and have some mornings where I can’t bear the thought of opening yet another book on the topic. It’s about the mechanisms and structure of the activity. When games fail it isn’t because they had a bad story line or flat characters, its because the actual game play was bad. I don’t know the story behind Gears of War 2, and I don’t really care- the game mechanics and the actual play were awesome.

First, we need to define game. Games are activities that are competitive, goal-oriented, constrained by rules, and participants are rewarded for excellence. Yup, sounds like grad school. If we accept that grad school is like a game, we can apply game mechanics.

1. Set both long term and short term goals: this is one of the most important aspects of a successful game- having clear short term and long term goals. In Assassin’s Creed you are given the long term goal of proving yourself worthy to Al Mualim, the leader of the Assassins, as well as mid-range goals of primary assassinations, and short term goals of collecting intelligence and pick-pocketing. We can lay out grad school in a similar way. The ultimate goal of our game is to get our degree. There are a number of mid-range goals such as completing annotated bibliographies, comprehensive exams, submitting grants and proposals. There are also short term goals of finishing classwork, grading papers, and attending department events. By viewing it like a game where the goals are clearly laid out, it not only helps to prioritize, but it makes the process more explicit and easier to play.

2. Set up a reward system: we need to learn to reward ourselves and not just rely on external validation. In Legend of Zelda, after completing certain quests and tasks, Link usually finds himself face to face with a treasure chest with new weapons, maps, keys, jewels or heart pieces. In grad school, we need to find ways to reward ourselves for completing the aforementioned goals. If I complete a short term goal, like an essay for coursework, I give myself the rest of the night off to play video games. If I complete a mid-range goal, like getting a 4.0 for the semester or completing my proposal to study a collection, I’ll buy myself a new video game. I already know what my long term goal reward will be, even though its probably three years away. I’m going to take a vacation and drink a super expensive bottle of champagne that is waiting for me in my wine rack.

3. Define levels: grad school often gets blurred together, and it gets hard to remember all you’ve completed in the face of so much yet to be done. By defining levels of grad school, we can actually measure our progress. In video games levels are clear and apparent- you know exactly how your character has grown. For grad school, levels can be the year you are in, or designated by what you have completed. However you choose your levels, its important to recognize your growth and progress regardless of how scary the rest of your time in grad school may be.

4. Create side challenges: mini challenges and side quests are a great way in games to gain extra skills, however they can also be a major waste of time. Setting off on side quests in Fallout 3 means better weapons and new technology to aid in the primary quest. Fishing in Legend of Zelda: Ocarina of Time is a waste of time (and the only benefit is proving to your little brother your superiority in virtual fishing). In grad school some side projects can be really helpful. My professional blog is not a necessary part of grad school, but its given me a lot of opportunities. However, there are many projects which don’t directly effect my education and are just a distraction from it. I’d love to take classes about creating educational games, but it probably isn’t a good idea since it would take away a lot of precious time.

In what ways do you game grad school? Are you using any of these mechanics to motivate yourself?