Working On The Go Managing Deadlines in Grad School

Five Reasons to Think About How You Work 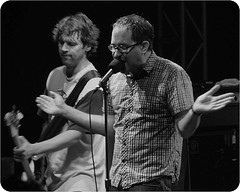 This is a guest post by ProfHacker author Jason B. Jones, an associate professor of English at Central Connecticut State University. Jason’s personal site is about.me/jbj and tweets from @jbj.

Why think about productivity systems at all? Why try to think about ways we can be more productive? Doesn’t that imply we’re not doing enough, or that we’re wasting time?

Most people I know are pretty busy, and in fact find themselves burdened more and more each year by ever-expanding, often nonsensical expectations that have little to do with the core academic missions of teaching and research, or with governance. Moreover, decades of the aggressive defunding of public higher education has usually meant that this expanding amount of work has been done by fewer resources and by fewer people.

So I don’t want productivity talk to mean, “hey, you’ll be able to get those reports filed and fundraising calls made after teaching your four classes and meeting your fifty advisees. (And don’t forget to get that book manuscript polished.)”

But a lot of academics–even very active, highly productive ones–punish themselves about their failure to produce. This doesn’t seem like posturing, or false modesty–the academic superego is famously severe, which I’m not sure does anyone any good.

I wanted to close our week of thinking about productivity with five reasons to think explicitly about your own system:

I tend to think about productivity as a species of belief, a concept I borrow from soccer. The system is there to silence the haters in your head, the ones telling you that you’re doing the wrong thing, or that your work’s terrible, or that you’re missing crucial steps. It’s not there, necessarily, to help you do more things, but to have the focus to do them well.

This has been pretty meta, so I’ll close with three practical tips:

Do you have any advice to add from your own approach to productivity? Let us know in the comments below!