Branding Yourself: Not as painful as you think (Even More) Distraction-Free Writing Tools 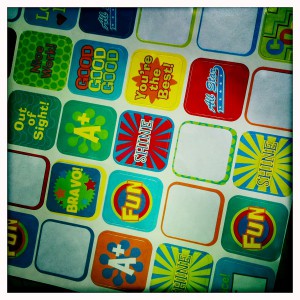 I am going to go ahead and blame the 1980s. Namely, the educational push in those days to “boost children’s self-esteem.” I am going out on a limb here and guess that most of our Gradhacker readers were told repeatedly and often that they were smart, talented writers, brilliant speakers, etc. Yes, school came easy to us, and for this we were praised. And then we became praise junkies: always anticipating what the teacher wanted in order to get a hit. Fast-forward to graduate school: suddenly, there is no way to anticipate what the teachers want. Because they want us to think for ourselves. And thinking for ourselves means putting out those half-baked ideas to get constructively criticized. Because we’ve been trained like Pavlov’s dogs to equate criticism as an assault on our intelligence, we freak out.  So today’s post is dedicated to moving beyond this destructive pattern and learning to embrace the criticism in order to grow as people and as scholars.

Step 1: It’s not about you. Now that I’ve been hanging around institutions of Higher Ed for a few years, I have come to recognize that academics view EVERY SINGLE NEW PIECE OF INFORMATION with a skeptical eye.  Whether it be celebrity gossip or a study proposal, each fact is submitted to gauntlet of considerations: what are they saying? how does this fit in with what I know already? if they are saying something is true, is there a time when it isn’t true? Where are the weaknesses here? Academics are doing this to the idea, not to the person, because it is the best way we know for creating new knowledge.

Step 2: Resist the urge to argue. If I accept the notion that the criticism is not about me, then I have to recognize that the criticism is intended to make me better.  So why argue with someone who is trying to help me? I try to make a conscious decision to listen and carefully consider what is being suggested. Now, I am a scrapper, and there is nothing I like better than defending my position. This can be a mistake when working on refining an academic proposal or paper. I like to listen, take notes, and mull over what is being offered. Sometimes I go back to the work and decide I was right after all.  But I make sure that I am moving forward consciously, not just as a knee-jerk reaction to someone pointing out that I am not perfect. For me, that means setting a hard rule about a waiting period after receiving criticism before I am allowed to defend any of my decisions. Step 3: Recognize yourself for keeping at it. This is not an easy process and, considering the attrition rates nationally from graduate programs, a good deal of succeeding is to keep at it, day after critical day.  I keep my own standards quite low: it’s a good day if I don’t drop out.  Graduate school is an exercise in delayed gratification, so let’s cut ourselves some slack.

What are your tips for embracing criticism? We’d love to hear from you in the comments!