Coping with Family Illness from a Distance GradHacker Summer Hiatus 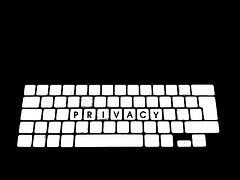 Recently evidence of a massive government surveillance program called PRISM has re-surfaced concerns about individual privacy. Here at Gradhacker, we’ve blogged about the need for a public web presence in grad school, primarily in order to facilitate networking, sharing researching, and job searching. While these discussions have included ideas about what to share and what not to share, they’ve largely ignored (mea culpa!) the privacy discussion. While I don’t have any tips for avoiding government surveillance, there are some privacy considerations that most of us should think about as we splash about in the social stream.

What other suggestions do you have for protecting your privacy while maintaining a public web presence? What questions do you still have? Let us know in the comments by clicking here.

[Picture above by flickr user g4ll4is and used under a creative commons license.]