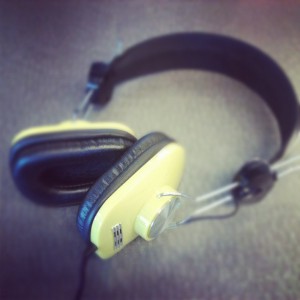 I have a hard time working without music. No matter what grad school-related task I am working on, it just feels strange to be doing it in silence. In a world where a pair of earbuds are as expected an accessory as a pair of pants, it’s clear that I’m not alone in my need to have music playing whenever I’m engaged in some serious cognitive activity. However, I’m pretty particular about what I listen to, and I’ve cultivated quite a collection of music that works for work. Here, I detail some of the music, sites, and apps I’ve discovered over the years and share with you some sample work soundtracks.

Podcasts: I’m a podcast fanatic. The concept still makes me geek out: it’s so incredibly cool to me that you can make your own radio show and share it with anyone who has Internet access. When I started listening to podcasts several years ago, I found myself drawn to music podcasts that showcased downtempo and ambient electronica. Two of the standouts for me were Dave’s Lounge and The Chillcast with Anji Bee. These are both long-running, consistent shows that offer new independent music on a regular basis. The gentle blips and boops of these shows’ “chillout music” soothe my studying brain without being too jarring, and without calling too much attention to themselves.

Internet Radio: Streaming Internet radio is ubiquitous; thousands upon thousands of stations are out there and more seem to appear all the time. It can get overwhelming, but I have found two consistently excellent streams: Radio Paradise, an eclectic station broadcasting rock, electronica, folk, and world music; and SomaFM, a collective comprised of 18 unique stations that range from industrial to house to indie rock. My favorite Soma stations are Groove Salad, a warm downtempo stream, and Digitalis, a station that plays what one might call “folktronica” or “laptop rock.” My favorite streaming radio app is the pricey but excellent Radium (OSX, $24.99), which allows you to search thousands of stations all over the world, save your favorites, and share what you’re listening to with your favorite social networks.

Streaming Services: Of course, nothing beats absorbing yourself in a regular old album. New streaming services such as Mog, Rdio, and Spotify allow you to listen to virtually any album you can think of, at any time. I pay a little extra for Spotify Premium so I can listen to my favorite albums on my iPhone. Some of the gems in my work soundtrack include: the grandaddy of all ambient records, Brian Eno’s Music for Airports; electronica-tinged post-rock by my favorite Milwaukee band Lights Out Asia; the chillwave classic Within and Without by Washed Out; and albums by indie electronica musicians Four Tet, Telefon Tel Aviv, Gang Colours, and College.

I’ve created two Spotify playlists for GradHacker readers to groove along to while working: my “Chilled” playlist is mellow, soothing, and a little melancholic; my “Amped” playlist is for those hackers who prefer something a lot more uptempo to get going on their projects. I hope you enjoy them both.

What about you? What music helps you get work done? What are your favorite music apps and sites?