A Personal Experiment in Happiness 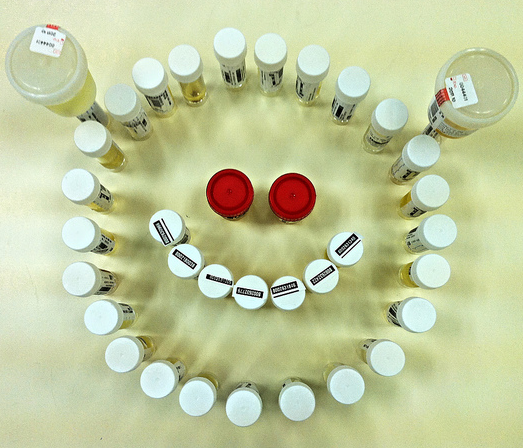 This is a personal narrative of how I’m trying to strike a better balance in my life. For some people, finding a balance isn’t hard and taking time off doesn’t lead to guilt- I’m not one of those people. For those of you who are perfectionist workaholics like me (i.e. anyone who related to Julie’s post on the perils of perfectionism), relaxing can be one of the most difficult things in the world.

I started graduate school in the fall of 2008. Since then I’ve worked pretty much every single day of the school year. I have rarely taken more than a couple days off work, even on holidays, and I usually have a number of projects I work on over the summers. I’ve woken up early on the weekends so that I can do some homework or research before anyone else is up. I’ve called it a night early so that I could continue the pace the next day.

While I must admit this strategy has completely paid off for me academically and career-wise, it hasn’t been the greatest for my health and happiness. I have a tendency to let the stress build and instead of taking a day off, I wait until the semester is over and completely crash. I’ve also developed a pretty good case of TMJ (clenching and grinding your teeth at night, often associated with stress). If I do try to take a break I feel completely guilty (Terry has written an entire post on dealing with this guilt in grad school).

I had this mentality that I was just working my butt off until my real life would begin. I realized I didn’t want to keep living like this, spending all of my energy working and thinking that it was ok because someday I’d be able to enjoy myself. I realized that I wanted to enjoy life now.

While this is a great realization, making it actually happen is much harder. How do we pull back from our academic lives without jeopardizing them? How do we strike a good balance between work and fun? Is it possible to actually treat grad school more like a job and less like a complete way of life? I decided I would begin a personal experiment.

Hypothesis: If I take a weekend off I will be happier, healthier, and still able to maintain my good standing in grad school.

Method: Take off one day a week for two months. This means no academic emails, no twitter, no professional reading or research, just enjoy life regardless of what that means. At the end of the two months compare grades and accomplishments with previous semesters, and determine whether happiness and health has increased (obviously the latter of these two is quite subjective, but since it’s a personal experiment I’m going to let it pass).

Results Month One: I felt guilty. I felt like I was wasting precious time that could be reading the new journal publication, watching twitter feeds for news, or working on a grant draft. The first Saturday I played four hours of video games, snuck in an hour of journal article reading, and then did some shopping. At the end of the first day I felt both guilty for breaking the promise with myself AND not doing any work. After a few weeks I came to enjoy this day to myself. I started working harder on the other days so that I wouldn’t feel guilty. I was more productive knowing that I had to finish up the work since later in the week I was taking time off.

Results Month Two: A couple months later I was able to go on a weekend vacation where I didn’t get sick, I didn’t feel guilty, and I was completely rejuvenated when I returned. It turns out that I could afford to take a day and still get my work done. While it may be subjective, I did feel happier. I didn’t feel as guilty for taking a day. I didn’t get sick when I went home over winter break (a phenomenon that has happened almost every previous year).

It’s been six months since the ‘experiment’ began, and I’m still keeping my day off. Obviously you can’t always take a day off as a grad student- some weeks are just like that. But I highly suggest trying. To quote the band Garbage, “there’s no point in living if you can’t feel alive”.

How do you keep a balance? Have you ever experimented with ‘happiness’?

2 Responses to A Personal Experiment in Happiness